11 March 2014 | By Simon Priest
The funds just keep on pouring into Cloud Imperium Games from backers as Star Citizen has now achieved over $40 million in pledges, and another 10,000 people have joined the space convoy since the last milestone.

The last of the backer-voted systems is now unlocked with CIG including both of the top two since they were so close. Now they reveal the $42 million stretch goal - a most sacred number.

'42' has a special place among sci-fi fans and especially for Star Citizen as it became the founding digit for Squadron 42. As part of the new stretch goal we'll get an 'Observist Guide'.

It'll certainly help out those looking to ...hitch hike across the galaxy. CIG wants their very own living homage to Douglas Adams' work of galactic brilliance. Before the crowd funding campaign began, Chris Roberts teased his Star Citizen game with the RSI website which was barred to all except for who entered 'Life, the Universe and Everything' as a password.

The original plan was to announce the teaser site 42 days out from the announcement but troubles got in the way, and so they decided to have 42 become part of the legendary fighter squadron in the game's universe: Squadron 42.

"It’s only appropriate for the $42 million stretch goal that we do something that recognizes the role that the answer to “Life, The Universe and Everything” has played in this amazing journey," said Chris Roberts. "Star Citizen’s equivalent of “The Hitch Hikers Guide” is the Observist section of Star Citizen’s Galactapedia."

"The Galactapedia isn’t a simple wiki or a static how-to guide: it’s going to integrate directly into the game universe and respond in real time as players steer the course of Star Citizen’s world. We envision making the news with an impressive feat in the Galactapedia as a major goal for many players: if you’re the one who finally defeats the Dread Pirate Roberts, charts a new Jump Point or makes the Advocacy’s Most Wanted list, your actions will become memorialized for all time in the Galactapedia! What’s more, the Galactapedia will be available both inside Star Citizen and through the RSI website." 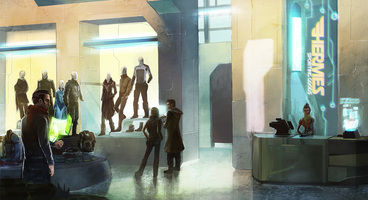 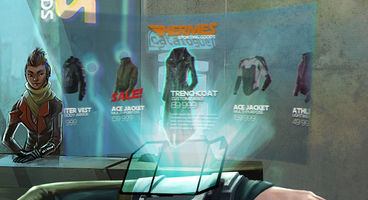 ▪ Updated Observist Guide – Additional funding from the $42 million level will go to expanding the website area of the Galactapedia: expect to see holographic ships, items and navigation interface in 3D! Imagine admiring your ships or planning your loadouts right here at the RSI website.

▪ Explorer-class mobiGlas Rig – Every player who backs before we hit $42 million will start the game with their own, visually distinctive mobiGlas “ExoGlas” rig which can be used to access the Observist at any time. I’ve charged the mobiGlas team with a very difficult task: creating a realistic interface that will help keep your affairs in order in an expansive galaxy that we hope players will expand in unknown directions. It’s almost like building our own in fiction operating system for an imagined future, and it’s very different task than building spaceships.

This backer-exclusive mobiGlas kit will come pre-loaded with additional galactic information that new players would ordinarily need to explore or barter to fill out; it’s our way of honoring the information you’ve collected about the Star Citizen universe through the RSI site and community over the past year! 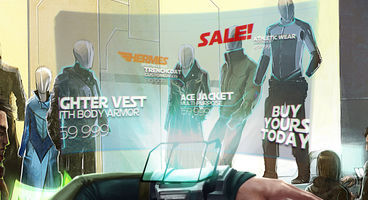 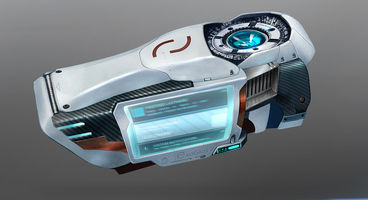 ▪ Gladius – The Squadron 42 team will develop an additional fighter for the game, the Aegis Dynamics Gladius-class light fighter. The Gladius will be the first fighter built entirely from concept to CryEngine in the UK! Here’s the official description: The Aegis Gladius is the UEE’s reigning light short-range patrol fighter. A single-seat ship with no room for expansion, the Gladius is fast, maneuverable and capable of punching far above its weight. The main advantage to the design is simplicity: cheap to produce, easy to repair and outfit and quick to train new pilots on. The Gladius is an aging design nearing the end of its life-cycle, although iterative updates have kept it the most nimble fighter in the active fleet.

▪ Towel – And of course, everyone who backs before we hit $42 million will also receive a towel for their hangar. Don’t explore the galaxy without it!

Roberts and his team plan to start focusing on in-game rewards again for backers and the latest poll lets the community decide what the first new reward shall be. You can check out the vote here. Next month the Dogfighting Module is expected to release to backers, with it first being made playable at a special Citizen-only event.