13 January 2014 | By Simon Priest
Indie shooter Insurgency will be leaving the Early Access program after nine months and debuting officially on Steam January 22nd. A live stream Twitch broadcast from its creators will mark the event.

This will signal the end of the beta testing phase of the game, but "does not mark the end of development" by indie studio New World Interactive. It's a squad-based shooter in close quarters.

"We’ve gained tremendous feedback from our community during early access, and in the process have grown accustomed to providing frequent updates to the game based on user experience,” said NWI founder and game director, Jeremy Blum, a key figure in mods Red Orchestra and Insurgency: Modern Infantry Combat. 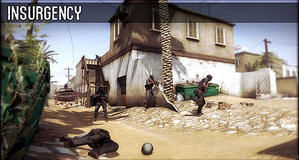