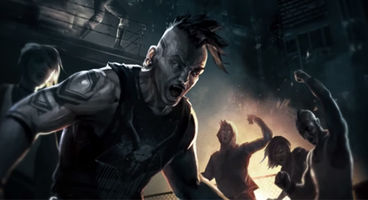 EVE Online developer CCP has announced that their vampire and generally supernatural MMO World of Darkness is to be no more. The project is officially cancelled with 56 staff laid off at the Atlanta studio.

This has been "one of the hardest" decisions for CCP's Hilmar Veigar Petursson, he said. In the end they were "falling regretfully short" of their vision for World of Darkness.

In truth this doesn't come as much of a surprise as extremely little has been made public of the project, which was an ambitious sandbox in the supernatural universe.

CCP Games merged with White Wolf Publishing back in 2006 so the control of the IP remains with the EVE Online studio. It's unclear if it will be exploited in video game form by themselves or whether they'd consider licensing it to an external partner. Vampire: The Masquerade - Bloodlines was the last title in the series, from developer Troika.

"The decision to end the World of Darkness MMO project is one of the hardest I've ever had to make," stated CCP boss Hilmar Veigar Pétursson. "I have always loved and valued the idea of a sandbox experience set in that universe, and over the years I've watched the team passionately strive to make that possible."

"I would like to give special thanks to everyone who worked so hard to make the World of Darkness MMO a reality, especially the team members affected by this decision. Their considerable contribution to CCP will not be forgotten, and we wish them well." 56 staff have been let go from Atlanta, while the rest transition to EVE Online.

"To our current and former employees and fans of World of Darkness, I am truly sorry that we could not deliver the experience that we aspired to make," continued Pétursson. "We dreamed of a game that would transport you completely into the sweeping fantasy of World of Darkness, but had to admit that our efforts were falling regretfully short. One day I hope we will make it up to you."

"Although this was a tough decision that affects our friends and family, uniting the company behind the Eve universe will put us in a stronger position moving forward, and we are more committed than ever to solidify Eve as the biggest gaming universe in the world." Once again CCP Games will be solely focused on one universe: EVE Online.