To mark the occasion the developers have issued a new trailer, showing off some of the changes fans of the series can expect in this latest entry.

"The game is essentially finished with all our core systems in place including co-op, unit abilities and dynamic events like the tornado and locust swarm," writes the development team in a blog post on the game's official website. "Self-publishing comes with its own set of challenges but one of the great advantages is that we can release when we are ready, when the bugs have been squashed and the game is worthy of the Crusader name."

"The whole team feels as though we have managed to make a game that expands on the original Crusader without changing what people found so enjoyable about the original. It is mission accomplished on that front and we still have time for a lengthy beta period to polish everything off before launch."

No news on pricing yet, but keep an eye on Stronghold Crusader 2's Steam page as the game gets closer to that September release date. Here's a list of new features players can expect:

Build the Ultimate Castle - Design mighty strongholds and fill them with fiendish traps to crush your enemies!

Skirmish Mode - Lay siege to your enemies in fast-paced custom skirmish matches against the AI.

8 Player Multiplayer - Mix and match human and AI players, maps and game modes to set up your ideal multiplayer game.

Challenge the Crusader Trail - Test your mettle across a range of increasingly tough skirmish campaigns.

Castle Sandbox - Dive into the Map Editor or Free Build mode and construct the ultimate castle without fear of attack. 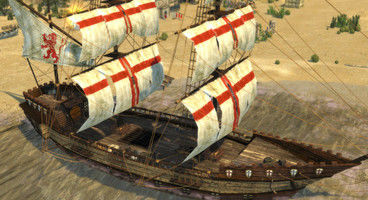 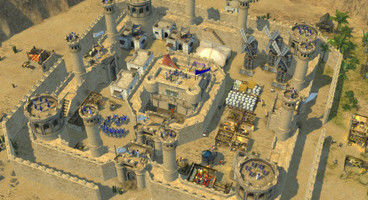