From afar, the Stronghold games can seem daunting for the uninitiated. With their in-depth resource management mechanics, epic battles and vast swathes of content, they typically haven't proven especially accessible to cowed, strategy newbies. It's a joy to report then, that while developer Firefly Studios has carefully maintained the challenging spirit of the original, Stronghold Crusader 2 is also equally welcoming to the strategically stunted too.

Well, in the beginning at least.

Nevertheless from the offset, Firefly Studios Crusades era RTS sequel does its best to make newcomers feel welcome. For a start there's a tutorial which performs its role admirably; drilling deep into player's skulls the necessities of feeding your people, keeping them housed, not taxing them too heavily and giving them plenty of active jobs in your battle campaign.


Like any good teacher, the developer ensures that you not only consolidate what you've learned, but build upon those foundations with additional tutoring. Such extended education comes in the form of the well-crafted learning campaigns which aside from seeking to imbue knowledge of the game's additional mechanics, do so against the narrative backdrop of an actual campaign mission with a set of unique win conditions to work towards.

In short, it's a great way to ease new players into the game as these learning campaigns feel less like a jarring hand-holding exercise, as tutorials typically do, and more like an organic segment of the game itself.

If anything, it's a shame that there aren't more of these story driven missions since outside of the learning campaigns, Stronghold Crusader 2's main single-player wealth of riches is found not in those storied missions, but instead in relatively narratively-bereft skirmish missions.

Helping matters along for the newly-inducted though, is the narrator, a cheerfully amusing fellow who aside from dispensing crucial titbits of information to keep players on track, also happens to sound not unlike the desperately British serpent Sir Hiss, from Disney's animated Robin Hood movie.

He's an entertaining presence that rarely grates and together with the over the top cries, shouts and comical taunts of the various soldier units, helps to lend Stronghold Crusader 2 a cheeky sense of humour that few would assume exists under its rugged, po-faced exterior.

After lessons on how to deal with the economics of population management have been sufficiently absorbed, the game gets down quickly to the economics of war. Wood is needed to construct barracks, iron is required to smith weapons beyond the basic wooden torch and money is a necessity to fashion soldiers out of idling peasants whose prior occupation is counting the number of tumble-weeds they see in a day.

The creation of soldiers, war machines and engaging in the act of blood-letting is where Stronghold Crusader 2's impressive depth becomes most readily apparent. Each unit has its use; a sum of distinct strengths, weaknesses and abilities that make them suited for different situations. Horse archers can attack whilst moving at great speed, but can easily fall victim to archers entrenched in tower and wall emplacements, while Sassanid Knights have a unique charge ability which allows them to perform surgical hit and run attacks; the drawback of course, being that after their charge, they are vulnerable to attack until their ability recharges.

Complex siege weaponry meanwhile can be constructed to smash down fortifications and to create breaches in the enemy's defensive parameter, while catapults can be seconded from their wall smashing purpose to volley diseased cattle over the walls of your foes, spreading disease and death as a result.

Stronghold Crusader 2 also educates players well in its namesake too; imparting crucial lessons on how to construct a fort as an effective bulwark against the onrush of enemy forces hell-bent on the violent passing of your lord.

Where holes have been punched in crumbling walls, precious stone has to be used to create new terraces, while structural weaknesses seen elsewhere and which have been exposed by previous enemy encounters can be fortified with additional gatehouses and barricades.

Indeed, Stronghold Crusader 2 invites players to construct strongholds of such awe and functional efficacy, that the very activity of doing so becomes almost as obsessive as the rest of the game. It seems that the developer has twigged onto this obsession too, since they have created a Castle Sandbox mode which allows eager architects to assemble a bastion with almost limitless creative latitude and without the fear of encroaching aggression from enemy forces.

Still, in spite of its learning campaigns and sandbox modes, Stronghold Crusader 2 is perhaps at its most engaging in the longer term when a player is knee-deep in the game's extremely challenging skirmish modes. Essentially, a series of maps which set players against particular types of enemy AI and resource stockpiles, each battle represents hours upon hours of play as inevitable failure leads to a rethinking of tactics, the reformation of strategy and eventually that final, cathartic victory.


There are few things more enthralling in an RTS than when you reach that tipping point of battle momentum, where the tide has turned and cracks are appearing with gleeful regularity in the defences of your enemy. It's a feeling that Firefly Studios have captured perfectly here and after hours of failure, it invariably stands as the sweetest reward you can have short of victory itself. To make it clear though, Stronghold Crusader 2 does get difficult, very difficult in fact.

This is a game with a brutal difficulty curve and as such, it demands tenacity and perseverance in equal measure in order to be enjoyed to the fullest extent. Like the best examples of the RTS genre, Stronghold Crusader 2 deftly embodies that colossal balancing act that it demands from its players; economy, populace and war must all be given equal attention for victory to be attained.

Certainly though, for all of the great work that Stronghold Crusader 2 does in welcoming newcomers, stalwarts of the 2002 original will find that a lot has changed and just about all of it is for the better.

The biggest and most obvious change is the shift from the 2D isometric perspective of the first game to the fully 3D worlds and battlefields that are on offer here. Sure enough, a roving 3D camera is something that RTS games have had for years now, and truth be told, while the visual upgrade is welcome, Crusader 2's visuals tend to err more towards the satisfactory than the spectacular.

That said however, the advent of a 3D engine has meant that the developer has been able to realise visual flourishes that just weren't possible in the original game. A full-blown physics engine means that castle destruction looks more satisfying and detailed than ever before, while the presence of new particle effects allows for a series of dynamic on-map events such as tornadoes, dust devils, locust swarms, storms and much more besides.

For the practised Stronghold virtuoso though, the biggest new boon that Crusader 2 brings comes in the form of the exotic new unit types that are now available. In addition to the previously mentioned horse archers and Sassanid Knight units, Crusader 2 widens the choice of units and unit abilities available to the player with assassins that can scale castle walls with grappling hooks, slave drivers that can drive nearby thralls into a frenzy and burning carts that can destroy your enemy farmlands create havoc within their economy, to name just a few.

If long-term Crusader players would have any complaints, they would likely revolve around the relative lack of bespoke campaign content when compared to earlier versions of the game. Even then, such complaints find themselves partially mitigated thanks to the presence of a robust skirmish creator that allows players to create battles with their own conditions and parameters and naturally, the game's competitive multiplayer which provides potentially years of worth longevity beyond the game's already substantial single-player offering.


Speaking of multiplayer, Firefly Studios latest also has a trick up its sleeve here too with the inclusion of a novel cooperative mode where two players control the same castle, resources and army. This effectively allows two players to divide the economical and militaristic sides of the game between them and can be done in both skirmish and regular competitive multiplayer modes. It's a neat and entertaining diversion for sure, and one that sits comfortably beside the wealth of content seen elsewhere in the game.

Stronghold Crusader 2 might not be the most visually accomplished strategy game out there or have the best narrative or even the most well-judged difficulty curve, but such things will matter little to those who take the time to embrace it.

For old, war-tested Stronghold players Crusader 2 is a triumphant evolution of the game that they’ve held dear for the last twelve years. For the rest of us though, there is perhaps no better time to see what all the fuss is about.

After hours of combat, you finally knock a hole in the enemy’s fort, allowing your forces to swarm through and decimate the opposition. 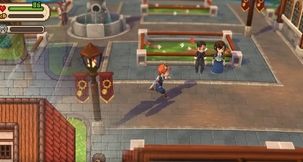 Evoland II, Shadowrun And Rust Feature In The...