Rumour: Ubisoft is under pressure from console manufacturers to make 30FPS the default across all platforms - including PC

16 October 2014 | By Admin
Ubisoft isn't the most popular kid in the PC playground at the best of times, and if reports surfacing from a school presentation about game programming attended by developers from the company are to be believed, their reputation might be about to take another hit.

According to Reddit user Timois' summary of the presentation, a Ubisoft engineer suggested that console makers Microsoft and Sony are pressuring the developer into making 30FPS its default rate across all platforms - including PC.

When asked the amusingly blunt question "So what the hell happened with watch dogs?", the company representative apparently replied that before they release each game, they have to send it to a console manufacturer for approval. That manufacturer then tells them what to change and what to cut. The implication was that Microsoft and Sony have a great deal of control over the entire development process of a game - even on the PC.

"The Game Architect said that on consoles, and for this type of game, they have to chose between graphical fidelity and smoothness," reads the post. "He implied that MS is making them lock the framerate on PC too. Then, he smiled, said "But our eyes can't see past 24 fps anyway" and winked at me."

It should be noted that there's no direct proof to back up these claims. While Timois provides a photo to prove that Ubisoft reps were indeed presenting at the school, his word is all we have as to the contents of the discussion. We'll have to wait and see what Ubisoft have to say, if anything, on these rumours. 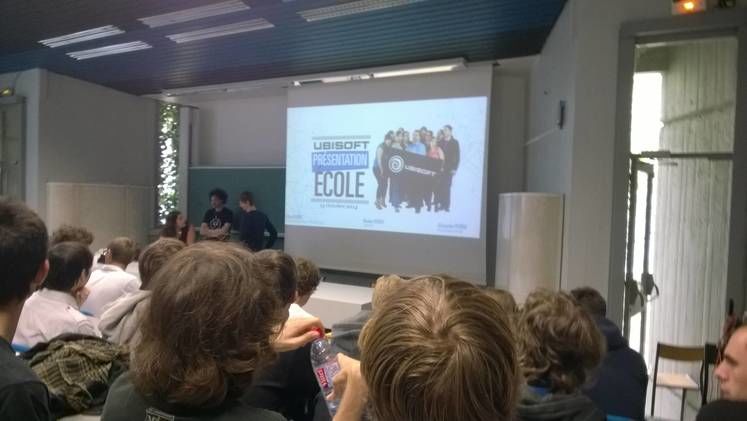