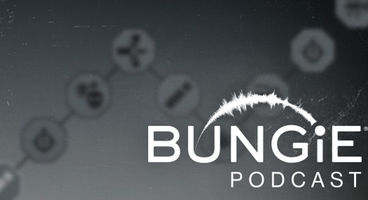 Later this year Bungie's Destiny arrives for current and next-gen consoles and brings a whole new sci-fi IP to life. Bungie have just posted their first podcast of 2014 with designers Tyson Green and Lars Bakken.

They touch on the studio's approach to 'investment' and how each of the game's maps was built from the ground up with competitive multiplayer in mind.

The latest podcast from the Halo creator is available to enjoy raw here. Maybe they'll come to their senses and include PC... Activision is publishing this new sci-fi universe.

"Investment is not about experience points, it's not about item drops, it's about having an enduring attachment to a game and to a community so that, that community can exist and thrive," said Bungie's Tyson Green.

"We are going into an interesting space, where we are a shooter, we are an action game, we are a game that a lot of people out are really familiar with and they love and they spend a lot of time playing and we are trying to bring some additional elements to that..."

Competitive Multiplayer design lead Lars Bakken added: "Skill is very important, it's not just your thumb skill, it's understanding how you are outfitting yourself, what weapons you are taking, what choices you have made in your build and then understanding how to use them properly."

"The thing that was really hard for us at first, was trying to make movement modes make sense and not feel too powerful and not make it so that we couldn't control where the players were going and how they interact with each other..."

"These maps are specifically designed, 100% from the ground up to be awesome for competitive multiplayer."