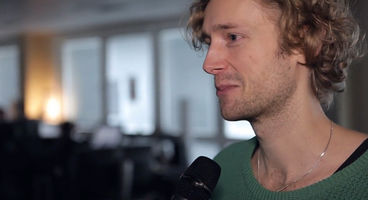 Arrowhead Game Studios is no longer sweating on their latest game project as a single team as for the first time they've divided the office space. It's Helldivers versus unannounced project - Fight! Fight! Fight!

Having brought the world Magicka and The Showdown Effect, Arrowhead is now working on top down shooter Helldivers due late this year, but also something they're not ready to divulge.

In a video interview with GameReactor TV we get a glimpse at the Arrowhead development space, now divided in two. The developer is a smallish outfit overall.

They actually want to try their hand at self-publishing down the line but for now are chummed up with Sony to release Helldivers, which is a cross-platform multiplayer top-down shooter for PlayStation 4, PlayStation 3 and Vita due late this year. It's a sci-fi, human elite squad versus weird alien stuff bonanza.

Emil Englund does tease that the two projects on the go are "perfectly aligned" with each other and so they may end up pooling their resources back into a single large team to build a 'massive, awesome experience'.

We can only hope their other project will be announced sometime in 2014, and that it'll be on PC.