Tomb Raider achieved profitability on PC and console in late 2013 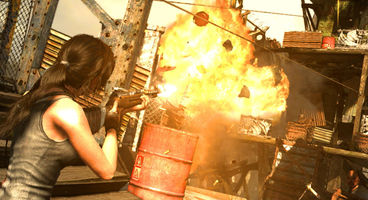 Remember when Square Enix declared the new Crystal Dynamics Tomb Raider reboot a bit of a 'failure'? They were talking in terms of sales, and they weren't wrong according to executive producer Scot Amos.

It took Tomb Raider near the end of 2013 to cross over into the black for its PC and console launch, despite moving 3.4 million units its first month. Difficult to have 'realistic expectations' anymore.

Tomb Raider enjoyed a glorious return with the reboot, but financially it wasn't proving such a prodigy for Square Enix, hence why words of 'failure' surprised many.

“I think that, as far as realistic or not, what the market can bear… It’s a very interesting time. How many people can sell games like Clash of Clans or Candy Crush and make that kind of money? Or Minecraft’s sales? Expectations can get shifted so quickly it’s difficult to know what realistic even means anymore."

“As a franchise, Square Enix is clearly invested in us. They already let us get kickstarted on a sequel and they backed us with this. They’ve always been behind us, regardless of maybe what was said or how it was said in the press, and certainly at the end of the year we’ve actually gone over expectations because we’ve managed to get profitability back."

“And, looking forward, clearly Square and Crystal are invested in the franchise. So, despite how it was said, what was said – we had a lot of people scratching their heads and asking about it – we’re very happy to say that from a partnership internally, we’re committed to it totally. Square Enix talks about it as a key franchise, so we’re very happy with where we’re at," added Amos. Crystal is developing the Definitive Edition for Xbox One and PS4, due January 28th.