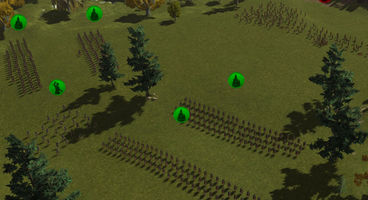 Running a sprawling empire across whole continents is tough and Longbow Games' Hegemony Rome: The Rise of Caesar pits the forces of Rome against uncivilised hordes.

Could multilayer squeeze in? Longbow tell us they'd "want to do it right," and not just "tack it on" to the single player experience. It would require forces on 'equal footing'.

The sheer scale of empire management in Hegemony would make multiplayer a daunting task indeed, unless it was a co-operative experience as otherwise too many things can go wrong.

"It's something we'd like to do, but we want to do it right. We don't want to just tack it on to the single-player game. Particularly because what makes Hegemony unique is the scale and the large empire management side of things, and some of those things are a little harder to organise in a multi-player environment," lead programmer Rob McConnell said.

"We picked the Caesar campaign for Rome because we liked the asymmetry of the Roman's small units against the larger Gaul tribes, so this campaign was particularly suited to a single-player campaign. If we got the opportunity down the line to do multi-player, we'd want to pick something that was particularly suited to having different, balanced factions, with multiple parties competing on even ground."

Hegemony Rome: The Rise of Caesar is currently available through Steam Early Access, with the beginning chapters of the campaign available. Longbow will add sandbox later which opens up the game world with multiple factions to choose between. The studio see Early Access as a 'good fit' for the team.

"We created the first game, Hegemony: Philip of Macedon, in a bit of a vacuum, it was quite a detour from what we'd previously done, and we didn't have a community or audience to draw on for feedback. After we'd put that out we did some convention tours and got some more community feedback, which really emphasised to us the importance of having that external input and wider audience for feedback is," explained McConnell.

"In Hegemony Gold we did our own open development process and everybody who bought the previous game got in on the beta, so when Valve opened this up it was something we were naturally looking at as a good fit for us." 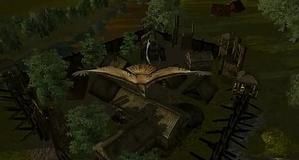