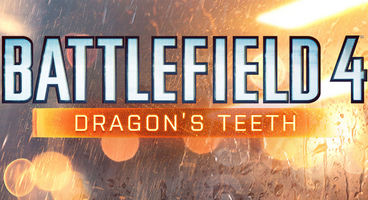 DICE is including a new mechanic with the Dragon's Teeth expansion for Battlefield 4. Senior animator Ryan Duffin has revealed a two-handed ballistic shield will stop those mean bullets in their tracks.

Originally it was to be accompanied by a side-arm, but they opted for a full 'moveable cover' angle instead. It fits in with Battlefield 4's team-orientated tactics, believe DICE.

Duffin admits there was "a lot of resistance at first," but the more they explored the idea the better it sounded to the team as a feature. DICE LA is handling Dragon's Teeth.

“We didn’t have enough memory,” DICE's Ryan Duffin said at GDC. “It added about a megabyte, but a megabyte on a 2006 console is a lot, so it didn’t work out.” He was referring to new animations being introduced to previous Battlefields, but the next-gen hardware gives them the freedom to explore more animations for new mechanics.

A more mobile one-handed shield was dropped in favour of a two-handed ballistic shield. “There was a lot of resistance at first. But the more we assessed it, the more we realized it was a better feature,” he said. ”It turns out that stopping bullets in a first-person shooter is a ton of fun. We’re confident that it will create a new dynamic for the game.”

DICE LA is now handling the remaining expansions to Battlefield 4 as the parent studio in Sweden continues focusing on performance and balance issues, as well as other projects. Little has been announced about Dragon's Teeth, except we now know it'll have hulking great ballistic shields thrown into the mix.

Naval Strike is the next due expansion later this month, with Dragon's Teeth and Final Stand to follow at later dates.