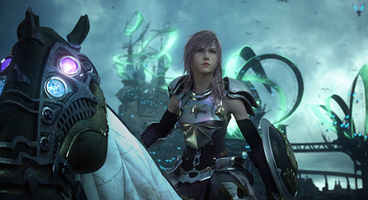 With the resurgence in PC gaming, now Square Enix are seriously considering a future on desktops for the long-running JRPG franchise. PC is in every region, after all.

"Let's not forget, when we developed the Final Fantasy 13 series, all three titles, at the early stages of development we were working on PC," Kitsae-san remarked. Final Fantasy XIII was in development a long time.

"Then we had to port it to the consoles. As far as the technology is concerned, it would have been possible for us to make a PC version, but we decided against it for two reasons: we looked at the market situation and we didn't think it would be a good idea, and also it would have involved lots of complex issues like security. So we decided not to do it this time around."

Security remains a concern today but more and more are seeing the benefit of going DRM-free or choosing a method generally 'trusted', like Steamworks - which also just happens to be gateway to the largest pool of PC gamers.

"But we see potential in it and there are lots of regions and countries where PC is very strong. So in terms of our hope of being able to deliver our games to every single country in the world and to as many gamers as possible, yes, we would definitely be interested in pursuing that route in the future," he continued.

In truth, Square Enix has probably been swayed by the numbers on PC that their western counterparts have managed with the likes of Deus Ex, Tomb Raider, Sleeping Dogs and the impending Thief. It's a foolish studio that ignores the PC these days, especially if they first developed their games on it - it's a dreadful waste of resources.

"Final Fantasy 7 and 8 are now available on PC and they've been proving quite popular," he said. "It's an early stage for us. We haven't got an awful lot of experience in this field. So when we have more know-how and experience in this market we would be very interested." PC Golden rules: No FPS cap, 1080p (at least), an adjustable FOV and mod support.

Final Fantasy XV is currently in development for Xbox One and PS4 - another missed trick?