19 September 2014 | By Nick Horth
Three new pieces of DLC for Sniper Elite 3 have emerged on Steam, including Save Churchill: Confrontation, the final entry in the three-part series.

Also available are a couple of multiplayer goodies - a free map, Night Watch, and the return of Capture the Flag mode.

Confrontation features a sniper duel set amidst the mountains of Africa, and watch out because the other dude is cheating. He's wearing a plate metal breastplate and mask. Not sure that's the best idea for a sniper in the heat of the African sun, but there you go. Here's Rebellion's plot blurb:

"German sniper, Raubvogel lies in wait to ambush Churchill’s convoy en-route to the Casablanca Conference. Fight your way through the Axis barricades scattered amongst the foothills, move up into the mountains, flank the enemy encampments and begin your final ascent up the mountain to confront Raubvogel in an epic sniper duel that could decide the fate of a continent."

The Night Watch map is described as "one of the most challenging maps in the series", set in a nighttime oasis with two opposing watch towers and thick waterfront vegetation. It's available in all multiplayer modes.

The free map and mode should automatically download if you own Sniper Elite 3 on Steam, while you can grab Save Churchill: Confrontation for $6.99 here. 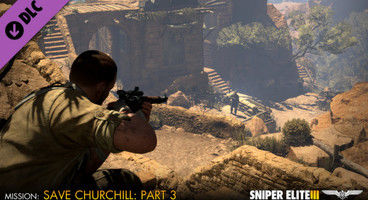 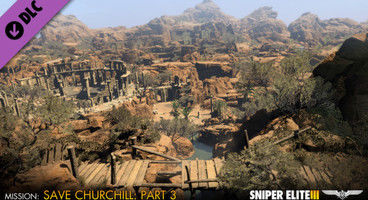