20 November 2014 | By SimonPriest
The 12th piece of free content DLC is now out from developer Creative Assembly for Total War: Rome II. The Black Sea Colonies adds a "wealthy trading-state" with the Massilia on the North-Western coast of the Mediterranean.

The Black Sea Colonies Culture Pack is also available from today, but that's going to cost you some denarii. It adds custom battles and three hybrid factions to the Grand Campaign.

"Cimmeria, Colchis and Pergamom all claim Greek heritage, but their settlement away from their homelands has wrought subtle changes to their culture. Each faction enjoys unique traits, strengths and hybrid unit Rosters that reflect their culturally diverse civic and military aspects."

A new patch for Total War: Rome II is also on the march with more balance changes following feedback. 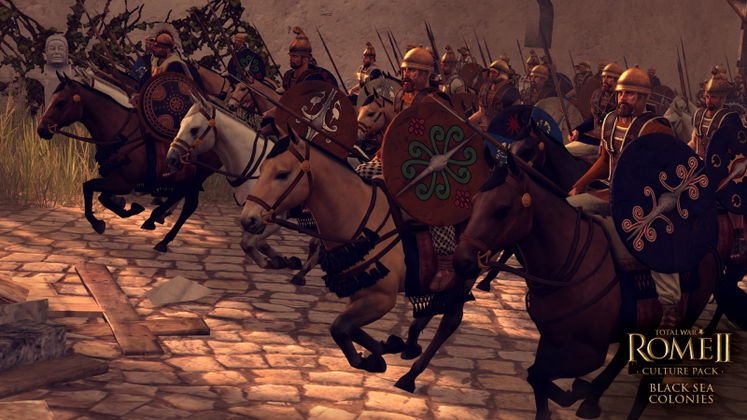