The Universim funded with 3 days left, prototype build "available within a month" 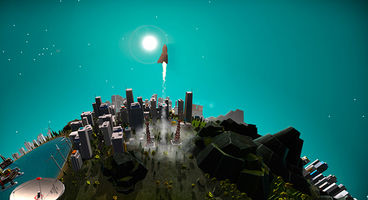 The Kickstarter campaign for planet management god-game The Universim has achieved it's $320k funding goal with 3 days to spare. Now backers can hope to reach stretch goals, with the first being at $350k.

A more interesting milestone would be $400k for a Dinosaurs Era. Crytivo Games recently tweaked their reward tiers again offering more exclusives. A prototype will be released.

The San Diego developer can now begin work oin earnest on The Universim and they'll be cleaning up a working prototype build that should be out within a month or so.

"These last few days have been nothing short of amazing! The amount of support, page sharing, and generally incredible people we have seen from the very beginning has shown us how great our community has become. We cannot begin to thank you guys for everything you have done," said Crytivo in a Kickstarter update.

"Where do we go from here? The first Alpha! The Prototype build, which we discussed in Update 17, will be available within a month or so from now once we polish it up a bit. That will offer a small teaser of what is to come. We want to be able to show you guys the stuff you really want to see, so expect a couple of development videos to go up within a few months."

"Until that time, we will keep you all updated on what is happening. There are definitely going to be a few surprises! So keep that in mind if we are ever a little quiet about some or other aspect."

There's still time to check out The Universim's Kickstarter to make a pledge or upgrade your reward tier.