Ubisoft looking to bring kids into the Assassin's Creed franchise

21 November 2014 | By Nick Horth
I was playing ssassin's Creed: Unity the other day, and I finished hacking my targets' bodyguards apart with my lumber axe, leapt after him and slit his throat as he tried to run. It was at this point that I thought, "Hey, this franchise would be great for kids."

Ubisoft clearly thinks the same. The company's international brand manager Yannick Spagna explained during the GameON Finance conference that a recent Mega Bloks deal was intended to introduce children to the franchise. 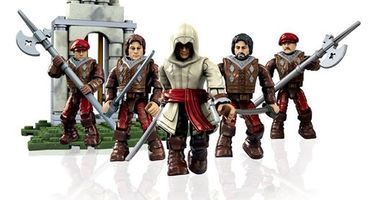 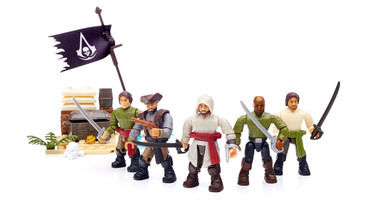 "When you think about it, would you like to have, while playing Assassin's Creed, shaving cream advertising every five minutes when you spent $70 to buy the game?" asked Spagna. "I'm not sure this is what you want. For big IPs, smart brands are the best partners. They do a line with Mega Bloks together. On their side, it's nice because toys are looking for the hype around video games. And we are looking for a new audience: kids, children, it's more like that."

Ubisoft announced an Assassin's Creed line of Mega Bloks earlier this year. Call of Duty and Halo both have ranges with the toy company too, which is strange considering the suggested age range of the products is 10-14 years. It somehow seems more of an ill fit with Assassin's Creed, because it's a franchise explicitly about stabbing people to death. It's even in the name.

Spagna clarified his comments to Gamesindustry.biz after the panel.

"If you think about it, we could even do an Assassin's Creed game tailored for kids. Imagine a Lego game. It would mean changing a lot of things… I played hours and hours of Lego Lord of the Rings, and you kill people but not kill people, because they're Lego characters."

Would that... be OK? Seems like a slightly unsettling idea to me. Without the theme of violently murdering people, you kind of don't have an Assassin's Creed franchise. There's a bit more going on in something like Lord of the Rings. Looking at those cute little toy sets of tiny plastic killers just makes me feel a bit uneasy.