22 January 2014 | By Simon Priest
Warhorse Studios has marshalled their forces and stormed the Kickstarter ramparts, and it's here they'll lay siege for the next 30 days as they hope to muster $500,000 from backers for their medieval RPG.

That's a medieval RPG set in an open-world from the collective talents of Mafia, Crysis, ArmA and Operation Flashpoint developers. This Kickstarter is to help encourage more investment.

The studio is under no illusion that Kickstarter backers could afford the huge sum needed to see this ambitious RPG to the finish line, which is why they only seek $500,000. 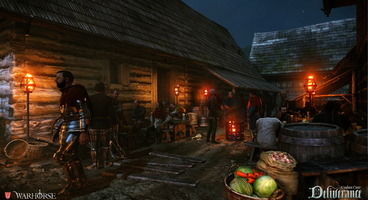 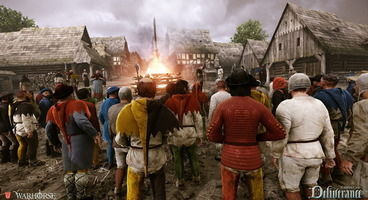 In truth they hope that this campaign will succeed so they can convince their investors, who have already given $1.5 million, that Kingdom Come: Deliverance has the audience ready and waiting for it when it releases that they'll fill the Warhorse coffers even more. Game publishers aren't biting, they say. This is a medieval RPG without fantasy.

“So far US$1.5m has been invested into Kingdom Come: Deliverance, largely from a single investor outside the games industry. This is a big and expensive game, and we could hardly hope to raise the entire budget needed on Kickstarter alone," explained Game Director and Lead Designer Dan Vávra.

"Since game publishers are not throwing money at us, we’ve made a deal with our investor: if we raise the relatively reasonable sum of US$500k, it is proof for him that the game has potential, and he would continue to finance us. Anything over the sum we’re asking for will allow us to create additional content and a better overall product.”

The studio describes Kingdom Come: Deliverance as a medieval action-adventure RPG in an open world. They plan a release on PC, Mac, Linux, Xbox One and PS4 with desktops first around Q4 2015. They estimate that all three acts within the game will take over 70 hours.

▪ Non-linear story lets you choose between being a villain or a savior. Every quest can be solved in multiple ways.

▪ A revolutionary combat system based on inverse kinematics, the only one of its kind to offer a rich, authentic yet easy-to-control, first-person melee experience. Based on actual 15th century fighting techniques and designed in cooperation with medieval martial arts experts.

▪ Improve your character. Different play styles - warrior, rogue or bard - can be mixed and matched as you see fit. You can develop your skills, earn new perks, and fine-tune your equipment. 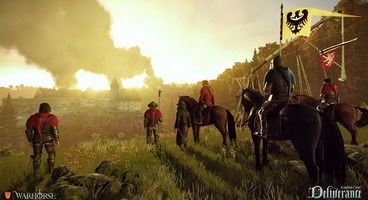 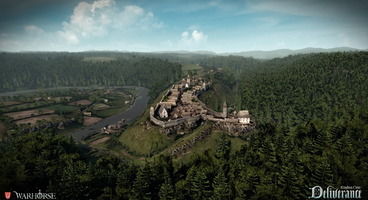 ▪ Lead the charge in enormous, open field battles and sieges. You are no superhero. If you’re going to take on an army of enemies, you better find one of your own to back you up.

▪ Discover this huge world from horseback or on foot. If you can see it, you can visit it.

▪ A dynamic world comes alive. Every inhabitant plays a role in their communities, and as night follows day, you can watch people work, help them when needed, or try to interfere in their routine and see what happens.

▪ Create your own weapons, cook, brew up potions, or dig around for silver. All crafting occurs in-game, using clever mini-games, rather than boring, soulless menus.

Check out the Kingdom Come: Deliverance Kickstarter campaign which has a month to go to learn more. So far over 2,600 backers have pledged around £82,000 (UK Kickstarter). It's powered using CryEngine 3. 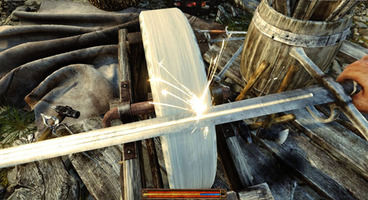 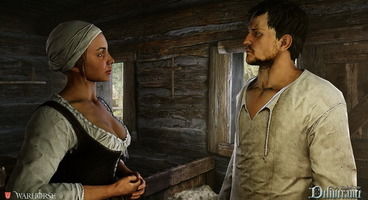