They defeated Vici Gaming in the final, with the runners-up also claiming a not inconsiderable $1.4 million from the crowd-funded prize pool.

Newbee triumphed in a best of five head-to-head against Vici, losing the first game but storming back to take the next three. You can check out the final match above. It's something of a surprise to see the newly formed (they only came together earlier this year) all-Chinese team take home the trophy, but no-one can argue that it wasn't well deserved.

It was a bog year not just for Dota 2 but for eSports in general. The International 2014 was shown on sports channel ESPN 3, and the community raised an astonishing $10,930,814 for the overall prize pool.

Well done Newbee! Anyone catch the finals? I watched it for the first time this year, despite not being much of a MOBA fan, and thought it was pretty good. Nice change from the World Cup in that the commentary team didn't make me want to eat my own elbows. Looking forward to other games and genres getting the same high-profile treatment. 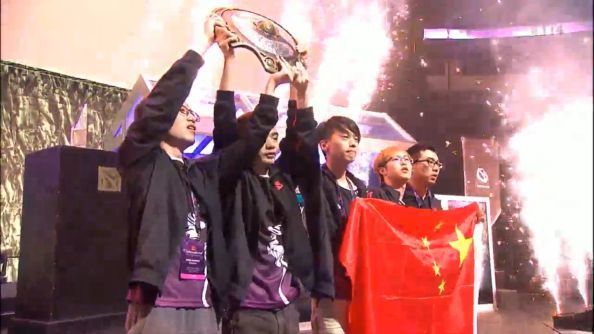