24 November 2014 | By SimonPriest
Publisher Nordic Games has opened studio Grimlore Games in Munich, which is comprised of experienced developers from series such as The Settlers, Knights and Merchants, Cultures and SpellForce.

Grimlore will be sticking with PC development for 'core gamers', specifically blending role-playing with strategy. Nordic describes this in-house studio as a "significant step" for the growing publisher.

"The rich talent pool in Munich was a key factor in deciding the new studio’s location. Many young and highly skilled developers gather in Munich who, in the coming months and years, will complement the core team at Grimlore Games," read a statement. "The studio will focus on PC games for core gamers, specifically the role-playing and real-time strategy genres."

More PC focused development houses the merrier. Grimlore premiered an early prototype to industry press back at Gamescom this year. Nordic Games is using this to formally announce SpellForce 3. 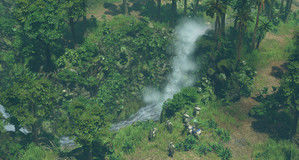