25 March 2014 | By Simon Priest
Developer Stardock Games has just released the first gameplay footage of turn-based 4X Galactic Civilizations III, which is narrated by the studio's Adam Biessener. This is alpha footage cut and edited 'for drama'.

The footage is of an earlier build than the one made available later this week for those in the Elite Founders club, which comes with a $100 price tag.

The alpha footage doesn't show diplomacy, research or any combat. The finished game is a long way off and so Elite Founders should be prepared for a bumpy ride on their way to galactic domination. 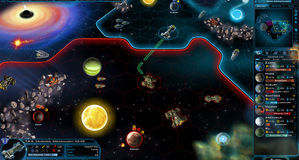