25 June 2014 | By Nick Horth
Sales of Arma 3's odd little go-karting DLC have raised around one million Czech koruna since it launched. Not bad for what started as an April Fools joke.

"Alongside helping us to evaluate Arma 3's new approach to DLC, with the backing of our community, Arma 3 Karts has managed to raise money for a great cause," writes Jay Crowe, Creative Director on Arma 3, on the game's official website. "A big thanks to our players, both for their support and their valuable feedback, which we'll use to refine our implementation. Overall, we're positive about the preliminary results and responses, which seems to benefit Arma 3 players and help sustain Arma 3 development."

Bohemia plan to use the same model for all future DLC, including the upcoming Helicopters and Marksmen pack.

"Whereas DLC (downloadable content) often fractures a game’s playerbase between those who own and those who do not own DLC content,"

the post continues, "Bohemia Interactive prepared a solution which prevents such a split in the Arma 3 playerbase. By making all DLC content available to all owners of Arma 3, while applying a few reasonable restrictions to those who have not purchased the DLC content, people remain able to play together in Arma 3’s multiplayer environment." 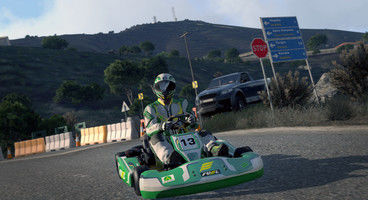 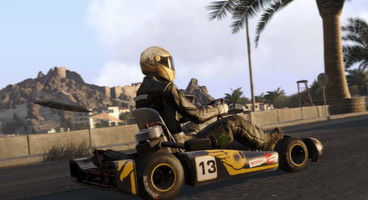