27 May 2014 | By Simon Priest
Firefly Studios has marked September 2nd on the calendar for Stronghold Crusader 2 as the day it will release worldwide. It was "never our intent" to rush, says the studio co-founder and lead designer, Simon Bradbury.

They are "about to go into final testing" as their confidence swells, with public demos at EGX London, Rezzed and PAX East. Retail and digital copies will launch September 2nd.

Last year Stronghold HD and Stronghold Crusader HD were unleashed upon the world with over 100k copies sold across Steam, GOG.com and other online stores. 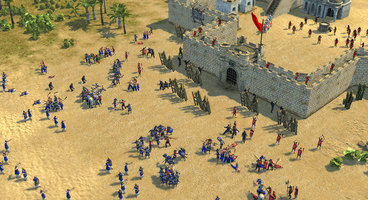 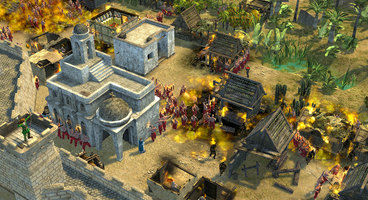 "We are thrilled to finally give Stronghold players a release date for the game. Fans of the Crusader series have high hopes for Crusader 2 and although many want to get their hands on a copy as soon as possible, it was never our intent to rush the development process. Since the beginning of the project we have maintained that Crusader 2 will pop its head above the parapet only when we are happy that it is truly ready for battle," said Bradbury.

"Well now we think it is almost there, we are about to go into final testing and have recently been confident enough to demo our baby at public events such as EGX London, Rezzed and PAX East. We will have a sequel worthy of the Crusader name come September 2nd.”