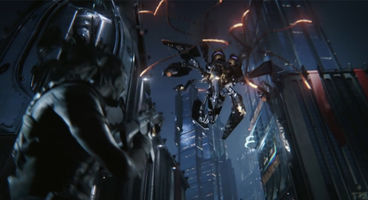 Epic's Mike Gamble has said there's plenty of new properties on the way with Unreal Engine 4, with at least half being completely new IP. In fact a lot of studios are undertaking "franchise iteration and a new IP."

Early 2015 is "where a lot of them seem to be aiming." Epic maybe quiet now but they'll be "everywhere again," once the titles start to announce. "You'll be thoroughly sick of us!"

Epic Games has been recently in the news because of their Gears of War franchise sale to Microsoft, who'll be producing their first in-house entry with dev Black Tusk.

“There haven’t really been any announcements of the games still under wraps – as soon as they start going live, then you’ll see suddenly see that we’re everywhere again,” Mike Gamble told Edge. “You’ll be thoroughly sick of us!” He said that announcements would be due from Epic at this year's GDC, with UE4 titles soon to follow.

“It’ll happen this year, toward the Christmas period,” he said. “Knowing the games that are in development, there are some crackers. The first quarter of 2015 is also where a lot of them seem to be aiming. This year there seems to be a lot of cross-gen, but that’s publishers and developers being safe, isn’t it? It’s still a good revenue stream.”

The split on old versus new is "at least 50/50 – if not 70/30 in favour of new stuff," noting that studios are supporting current IP to pay the way for new ones to establish. “A lot of studios are doing a franchise iteration and a new IP.”