Relic moving entire Dawn of War franchise over to Steamworks

29 May 2014 | By Nick Horth
With the GameSpy server shutdown affecting every Dawn of War game bar Retribution, online server support for Relic's 40K strategy series would have been essentially wiped out.

Unwilling to let that happen, the developer has announced in a Steam community post that it is updating the rest of the franchise, moving server support over to Steamworks so that players can continue to tear pieces out of each other online. 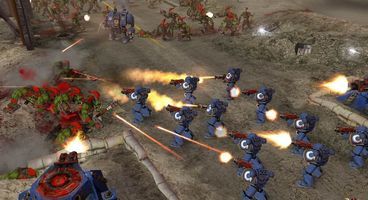 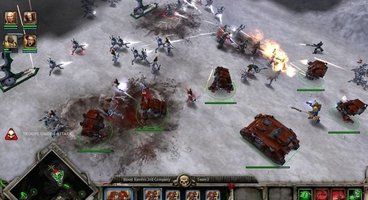 "Since their launch, Dawn of War and its expansions (Winter Assault, Dark Crusade and Soulstorm) have relied on the GameSpy service for multiplayer matchmaking," writes Dawn of War franchise Design Lead Philippe Boulle. "Since they are about to shut down their services for good it would otherwise leave these games without any way to play multiplayer. That is not an outcome anyone at Relic would want to see."

"So, all titles in the franchise are being updated to use the same matchmaking and backend developed for Company of Heroes 2. This will not only mean multiplayer can continue on these titles, but the matchmaking experience will be improved. Matchmaking/login and so on will thus all be through Steam."

This also includes Dawn of War II and its first expansion, Chaos Rising. With seven games to update, Relic anticipates bugs, but Boule says that players should be patient. "In the short term, there are likely to be some technical issues with the new setup. Recreating the multiplayer infrastructure for seven titles is no small feat, and there will be bugs. Ultimately, we felt that it would be better to get the update out in a slightly imperfect state in time to prevent an outright interruption in multiplayer play. So, bugs. We are committed to tackling these bugs and getting all titles to be fully Steam enabled."

There's no dates for the planned updates yet, and also no word as yet to whether players who own a non-Steam copy of the game will be able to use the new servers. We'll keep you informed.