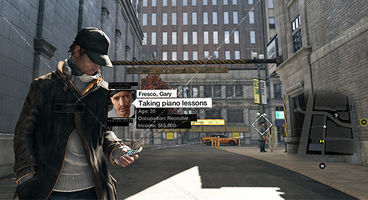 Unfortunately the launch of Watch Dogs hasn't gone smoothly for Ubisoft as the Uplay servers have been overwhelmed and suffering an authentication issue, which has had a knock-on effect with other titles.

If that wasn't bad enough, the PC version of Watch Dogs is also suffering terribly from framerate stutters on even high-end GPUs despite having graphical settings lowered.

Right now the game is rendered unplayable for some as graphical glitches run amok, such as characters and objects flickering transparent randomly.

There's also the plummet in frames per second whilst driving around the city, made worse when moving into large open spaces. It doesn't seem to matter what GPU you have, Nvidia or AMD, as textures are going crazy. Lowering the detail doesn't appear to do much as problems persist. Gamers are desperate to figure out workarounds.

They do appear to have resolved the problem of the game's Deluxe Edition content not showing up, with Ubisoft also warning that some of the bonus gear won't actually appear in-game until you reach a certain point.

The biggest problem right now is the severely poor performance of Watch Dogs on even the most robust PCs that could handle the likes of Assassin's Creed IV: Black Flag with all the trimmings just fine, including Nvidia's fancy HBAO+ and TXAA. A list of known issues has been published on the official Ubisoft forums.