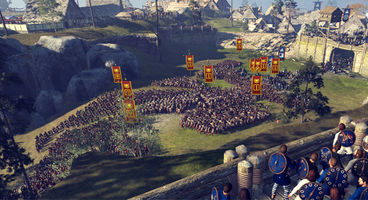 Creative Assembly has brought Patch 9 out of beta as they officially release it to all Total War: Rome II gamers. The studio has been focusing on "performance and memory optimisations" again.

There are CPU load reductions in battles too, and greater support of multi-GPU setups and multiple displays. Plenty of AI tweaks in pathfinding and behaviour.

Campaign AIs are now more likely to invest in siege weaponry, less likely to go to war with far off factions, and can manage their food levels better.

The lengthy Patch 9 changelog is available on the official Total War Wikia. Rome wasn't optimised in a day.