Guild Wars 2 to go free-to-play, expansion Heart of Thorns out this October 23 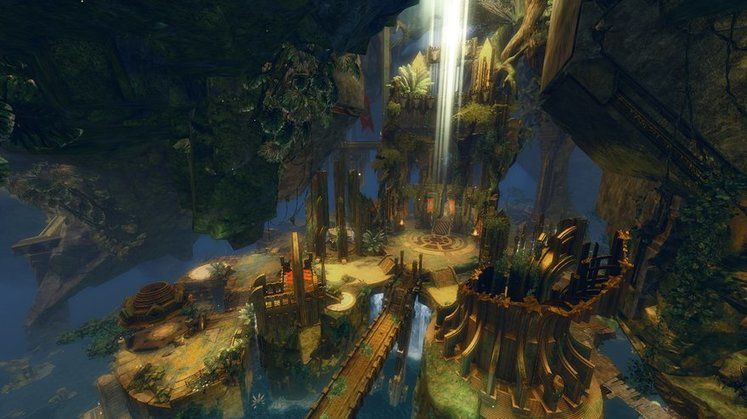 ArenaNet has made its popular MMO Guild Wars 2 free-to-play. That doesn't necessarily mean it will descend into a microtransaction nightmare, however.

The core game will be fully playable for free, but new expansion Heart of Thorns will be sold at a premium price. The studio is hoping that the expansion's new Raid dungeons and story content will sway long-time players.

“We believe the buy to play, subscription-free model for MMOs is good for players, and it’s good for developers,” said Mike O’Brien, co-founder and president of ArenaNet, in an official press release. “It gets a little tricky when a buy-to-play MMO introduces an expansion pack, leaving new players guessing about what they need to buy in order to start playing with their friends. As we get ready to release our first expansion for Guild Wars 2, we want to ensure that we keep a simple business model where new players can play the core game for free, while all players need only purchase one thing – Heart of Thorns – to get access to all of our new and future content.”

Originally sold as a standalone product with no monthly fee, Guild Wars 2 has been around three years now, and in that time it's had around forty free content updates. The focus in Heart of Thorns is definitely on end-game content, but ArenaNet wants to avoid typical MMO grind.

“Once we activate the first raid in Guild Wars 2: Heart of Thorns, players will quickly discover they’re not about waiting to have fun or endless gear grind – there are no attunements to complete before you raid in our game, and our raids won’t become irrelevant or even drastically easier because of a new tier of gear or a level cap raise,” explains game director Colin Johanson. “There will be no wasteland of forgettable raids left behind as we continue to expand the system. Once players complete a mission and beat the final boss in a Heart of Thorns raid, it will be a meaningful event that will linger for them, their guild, their friends and any player who learns that they’ve beat it.”

To top off a fairly busy weekend, ArenaNet also announced that Heart of Thorns will be officially released this October 23.