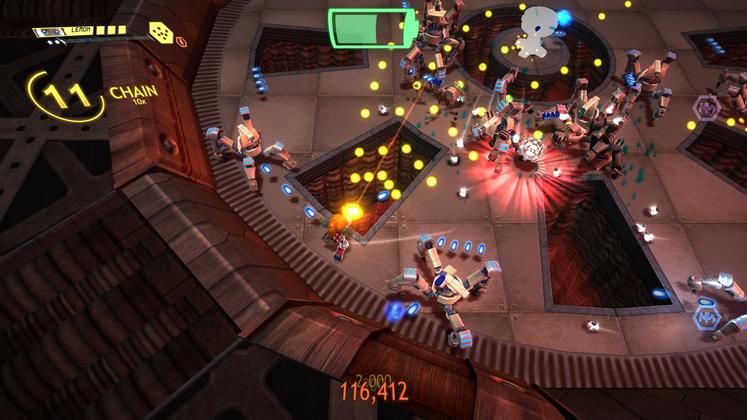 Aussie studio Witch Beam has revealed the release date for its hectic twin-stick shooter Assault Android Cactus. It will be available on PC this September 23.

In case you're unfamiliar, the game is set in a colourful sci-fi universe, where a team of all-female androids are sent to investigate a distress beacon coming from an abandoned vessel.

Turn out there's loads of angry robots. Who'd have guessed? Moment-to-moment gameplay is inspired by arcade hits like Ikaruga and Resogun, all explosions, side-strafing and presumably lots of death. The initial four characters have unique primary and secondary weapons, as do the additional avianfive you can unlock as you explore the ship.

“In addition to a campaign that supports one to four players and a boss rush mode that lets players tackle the bosses one after another, Assault Android Cactus also offers Daily Drive and Infinity Drive modes, providing hardcore players a chance to show off their skill,” writes the team.