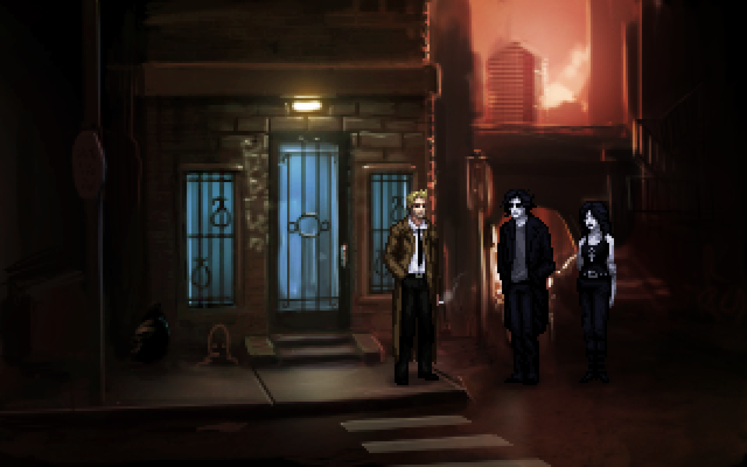 Wadjet Eye Games boss Dave Gilbert revealed on Twitter that the studio almost developed a game based on DC Comics' Vertigo line with such notable characters from various comics as Constantine, Sandman, and Death of the Endless.

In the tweet, Dilbert posted a mockup image of the game that never came to be called Unavowed:

Fun fact.We once were in talks with WB to do games based on Vertigo comics. Didn't happen, but we did a test image: pic.twitter.com/9FoyHC8tHe

I always wondered "what if" and the desire to do a dark urban fantasy hasn't gone away. Hence, "Unavowed", our post-Shardlight project.

Neil Gaiman, who enjoys a great deal of deserved credit for making Vertigo a popular DC Comics print, did write a videogame that was developed by Fatshark called Wayward Manor. It was critically panned. Another attempt to bring a Vertigo licensed character to videogames was Constantine, based on the 2005 film adaptation of the same name. It, too, flopped.