Ori and the Blind Forest

07 August 2015 | By Nick Horth
An expansion and a Definitive Edition of charming platformer Ori and the Blind Forest are in the works, according to Thomas Mahler of Moon Studios (as revealed by Major Nelson).

All we know right now is that the expansion is “coming to Windows 10 & Xbox One later this year”, but it seems as if Mahler has got the chance to expand the game's universe he expressed a wish for earlier this year.

Ori and the Blind Forest: Definitive Edition was also announced at Gamescom this week, and will add “a lot” of new content, along with new mechanics, art work and abilities. It's due out this fall.

Ori and the Blind Forest Essentials 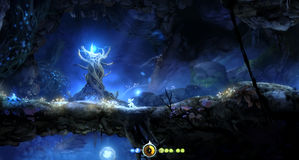