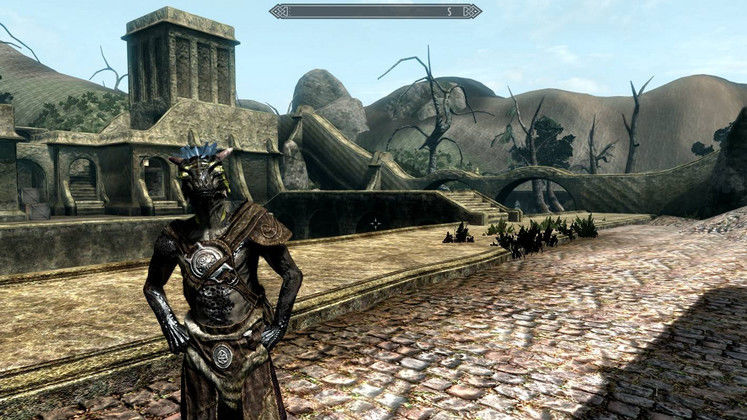 The team behind ambitious Morrowind-to-Skyrim mod Skywind has been reaching out to its fan community in order to find voice actors to read the huge amount of NPC dialogue in the game, and it's shown off some of the results in a recent blog post.

Judging by some brief sample videos like the one embedded below, it's some very impressive work. I've played dozens of retail games with way worse voice acting than this.

“For those of you who might be thinking, “They’ll be cutting out massive amount of content!” or, “It’ll be way less immersive because of the missing lines!”, rest assured that such fears are unfounded,” writes the team. “Any lines cut were mostly mere repetitions, and reactions and responses to situations outside player interaction have been increased.”

With the main soundtrack pretty much finished already, the next stage of the mod's audio design is to finish the combat music. For a taste of what the team's come up with so far, check out this brief clip of an orc battering the living hell out of an elf in a loincloth. Triumphant, eh?

As always, there's little indication as to when Skywind will be ready to release. Seems to be coming along nicely, though.