08 January 2015 | By SimonPriest
If you're a Steam user then you might have noticed a new title that popped up under the 'Popular New Releases' tab. It's a PC port of a mobile app game called Spartans Vs Zombies Defense, and it's a shocker.

Why it's a shocker is only because of its total copyright violations and that Valve gave it a thumbs up. This tug-of-war style defense game uses Hollywood movie 300 characters and even audio. 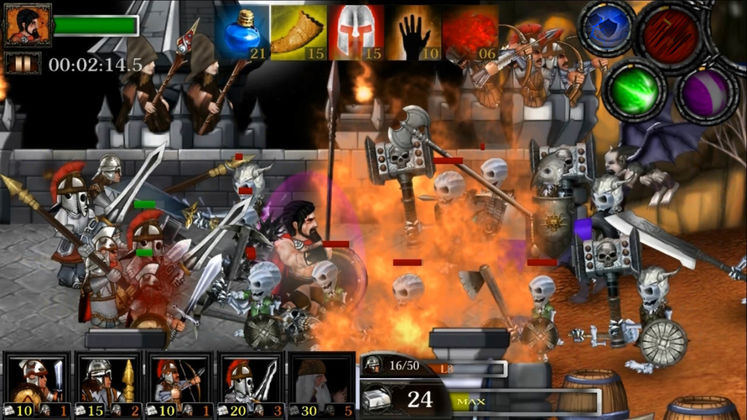 It even has the terrible plague of micro transactions in-game asking for as much as $25.99 for over a million coins to spend on upgrades. It's a free-to-play casual title, which usually excuses less than ideal gameplay shenanigans, but this is a 101 in how not to call yourself a game developer, YFC Games.

The micro transactions don't appear to be working but some reviews on Steam reveal they did earlier, which is a serious no-no particularly when you're already using copyrighted material and are now profiting off it. How did this train-wreck genuinely get through Greenlight?

TotalBiscuit has an excellent video examining this so-called 'game' newly released on Steam.

In this tug-of-war, casual defense game， you play Leonidas who is the hero-king of Sparta, against hordes of attacking zombies in Thermopylae. Recruit allies and build defenses to stop them!

● A wide variety of allies to summon including swordsmen, Royal Guards, archers, witches and more.

● 60 waves in classic mode, and after accomplished difficulty will increase.