Valve announces dates for this year's Dota 2 The International tournament

08 January 2015 | By Nick Horth
Valve has announced the dates for this year's round of the mind-bogglingly popular DotA 2 eSports competition The International, which will take place in Seattle.

Sixteen teams will battle it out for great big buckets of cash, with the Main Event running for six days, from Monday August 3 through Saturday August 8. 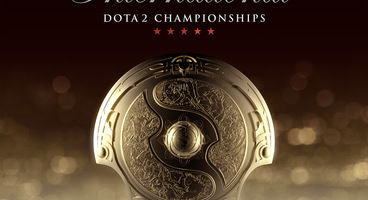 Last year over 20 million people watched the grand finals, which were eventually won by Chinese team Newbee in a not-very-hotly contested final match up with fellow Chinese team Vici Gaming, in which they triumphed 3-1. They bagged themselves a quite astonishing $5 million grand prize, mostly raised from community purchases of an in-game item, The Compendium.

Expect a similair process this year, but since in 2013 the total prize fund was a laughable $2.8 million (pocket change, right?), don't be surprised if the prize pool and viewer count jumps even higher.

Ticket availability will be announced on the DotA 2 blog before they go on sale, while team invitations will occur shortly after May 1.