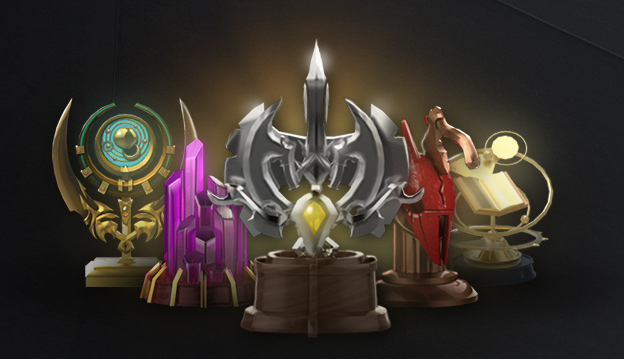 Dota 2 received a big update yesterday, with one of the most prominent new additions being the introduction of Dota Levels, a measure of your achievements in Valve's popular MOBA.

"There are several ways to earn trophies in Dota 2," the developer explains, "from playing matches, to performing various feats, participating in events, and more. All of your trophies now contribute toward increasing your Dota Level, which is the culmination of your accomplishments in Dota."

Every trophy you win adds points toward your next Dota level, and for each 100 points you earn you'll go up another level. This is all retroactive, so if you've wracked up a tonne of trophies you'll immediately be bumped up. Two new trophy types have also been added - the first is the Experience Trophy, which will continue to add points to you overall score as long as you keep playing Dota 2, and the second is the Battle Veteran Trophy, which will add a bonus for those who earned now defunct Battle Points prior to this update.

As for the rest of the patch contents, you can find a full rundown here.