10 April 2015 | By SimonPriest
It's open beta season for Creative Assembly's free-to-play strategy Total War Battles: KINGDOM. We control medieval armies in the 10th century as mankind claws its way out of the Dark Ages.

New cities can be raised along with fresh-faced armies to march off to victory, hopefully. It’s a cross-platform Total War that's coming to Mac and tablets soon, but is now in open beta on PC.

As this is a free-to-play title there will of course be in-game purchases, and the smallest starts at $4.99 for a Stack of Gold worth 450, and that can get way out of hand at $99.99 for the Chest of Gold worth 12000. This Gold can be earned in-game, albeit at a trickle no doubt.

Total War Battles: KINGDOM is available to play on PC through Steam.

✠ Build your Realm – Progressively create your very own world. Explore, conquer then shape your lands to transform the wilderness into a powerful and productive Realm. Raise new cities, cut down forests, draw roads, build bridges and change the course of rivers.

✠ The Cross Platform Total War™ – currently in Open Beta on PC, coming soon to Tablet and Mac. No matter which platform you choose, actions in Total War Battles™: KINGDOM will carry over onto any other device you play on, so you can continue your campaign at home, work or out and about. 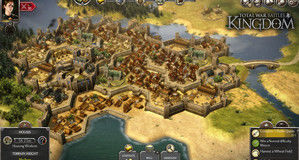