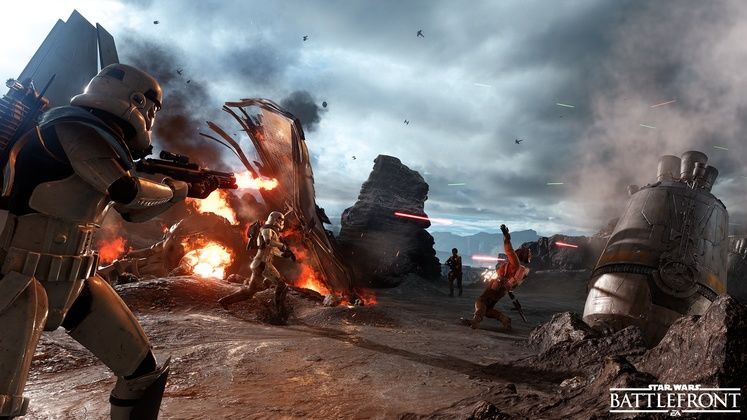 Here's some good news if you've enjoyed running around blasting stormtroopers in the Star Wars: Battlefront Beta these last few days – EA Dice has extended it until Tuesday, giving you one whole extra day to play.

As well as letting players spend a bit more time getting a feel for the game, the additional time will help the developers carry out "further technical tests on our infrastructure". Hopefully avoiding any nasty launch issues.

During that time players might run into occasional issues; “These tests are to help us find some extreme scenarios, and that means some players may experience occasional issues such as being kicked from the game or losing connectivity,” EA Dice community manager Mathew Everett wrote on the game's forums. Fingers crossed, everything's been pretty smooth so far, so hopefully problems will be kept to a minimum.

If you're not able to play this week, there's not too much longer to wait until Star Wars: Battlefront launches November 17 in North America, 19 in Europe.