17 June 2015 | By Nick Horth
At E3's PC Gaming Show last night, Bohemia showcased a new jungle terrain set making its way to Arma 3 in the game's first expansion, which is set for release early next year.

Tanoa is a South Pacific archipelago, which swaps the mountains and plains of core Arma 3's Greek setting for lush tropical vegetation, dense jungle foliage, and "imposing man-made feats of modern engineering." The island chain's main export is assorted rare earth metals, but it's also rumoured to be a hub of illicit trade. Ultimately it gets dragged in to the escalating global conflict that forms the backdrop of Arma 3's near-future setting.

It will be fascinating to see how the limited visibility and improved cover of Tanoa will change how players approach the game's firefights. Current islands Altis and Stratis both have relatively sparse vegetation and lots of open fields, which means infantry combat tends to take place at distance. Tanoa should force a more up-close, aggressive style of warfare, one in which vehicle support is majorly restricted.

Bohemia promises a new set of equipment, presumably including terrain-specific new weapons and vehicles, when the first expansion launches early next year. It will drop as Arma 3 DLC, rather than as a traditional standalone expansion. 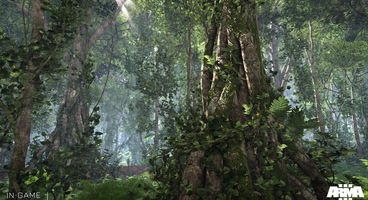 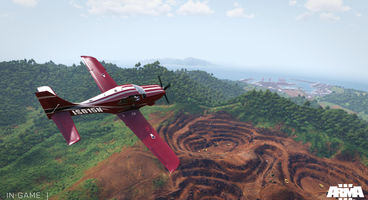 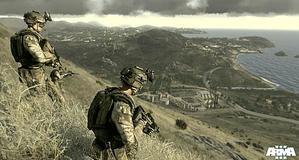