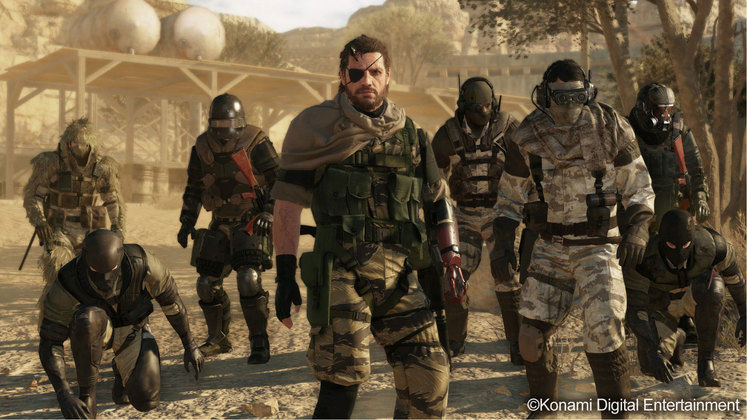 Konami has already announced that Metal Gear Solid 5's online component Metal Gear Online won't make it to the PC until early next year, but judging by this 11-minute gameplay presentation released at the Tokyo Games Show, it'll be well worth the wait.

The mutiplayer portion is included with the base game, and delights in exactly the same blend of gruff military combat and extreme silliness. Fulton recovery balloons abound, as do cardboard boxes and cute plushy toys that can hypnotise opponents.

You've got three classes; scout, enforcer and infiltrator. Each packs their own unique skills and weapons, and there's extensive customisation options to make your soldier feel unique. On the battlefield, the mode showcased is Bounty Hunter, a fairly traditional team deathmatch with a neat twist; as players rack up kills, they start to earn bounty points. If you can extract a player with a high bounty via your Fulton device, you'll add all those points to your team's score. It means you can swing a game entirely if you're smart and/or lucky.

Hero characters will also pop up, though it's not quite clear what you'll need to do to play as Snake or the gunslinging Revolver Ocelet. Regardless, Metal Gear Online looks great, and I'm itching to try it out.