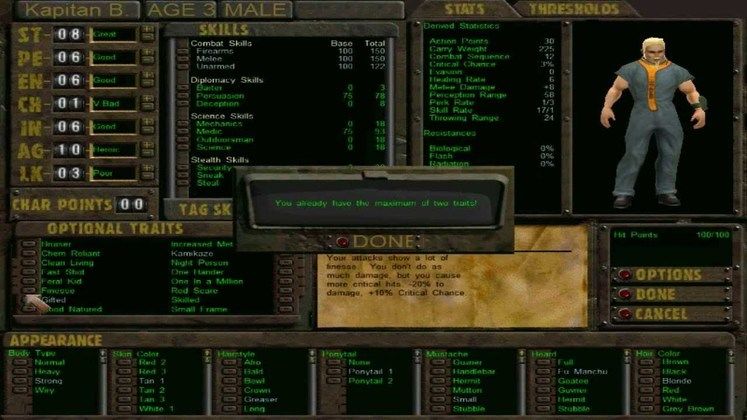 One of the more interesting parts was the gameplay mechanic of the player adopting a theme tune for his avatar. They could choose one of many tunes that would give the player's character a 50% buff to any skill when played. The theme tune could be used once per gaming session.

According to Avellone, the player's character was an accused criminal who would travel with companions who would have been AI controlled and capable of making their own decisions, and all decisions, both player and AI, would have consequences throughout the game.

Many of the gameplay mechanics that were to be in the Van Buren game made their way into Obsidian's Fallout: New Vegas, so not everything of the unmade game vanished into the ether.