19 May 2015 | By Nick Horth
Excalibur Publishing is typically known for its hardcore simulation games - titles like Euro Truck Simulator, Train Simulator, and lots of other games with 'Simulator' in the name - but it's branching off in a different direction with Odin Game Studio's survival simulator (OK, maybe some things stay the same) Better Late Than DEAD.

The game casts players as a castaway on an abandoned island, who needs to both search for resources and locate a way to escape. To do so you'll explore a sandbox environment, searching for useful items to combine using a crafting system inspired by classic point and click adventure games. Also, try not to get eaten by any wild animals - several populate the island, including wolves, snakes and sharks. Death is permanent, so that last point is particularly important. 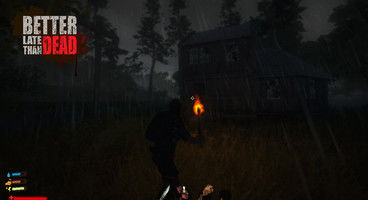 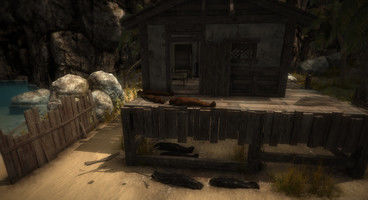 "Players will not stack items in a table but will create new items by using actions like Cut & Tie," the developer explains. You can also team up with friends to explore the island, thanks to a four-player co-op mode.

Better Late Than DEAD launches on Steam Early Access this July 9. Can it separate itself from the horde of other survival sims currently on the market? Time will tell. Here's the list of planned features in the initial launch:

• Uncover a story that unfolds with new updates

• Permadeath – Will you be able to escape the island or will you succumb to its menace?