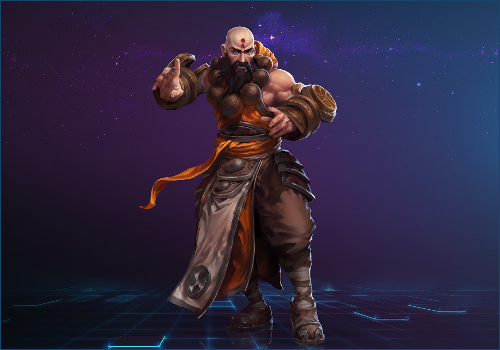 Heroes of the Storm has just received a big new update, and introduced amongst the usual barrage of bug fixes and UI tweaks is a brand new character.

Kharazim is the badass male monk from Diablo 3, and if you happen to own a copy of Blizzard's hack-and-slash loot-athon you can grab him for free over the next three weeks.

In terms of mechanics, he's a mobile melee hero who can specialise in different paths by choosing one of three traits – healing nearby heroes, doing extra damage of restoring his own mana. Seems like a character aimed more at experienced players, as he's versatile and doesn't seem to occupy a specific role.

Other big additions include changes to Ranked Play, the removal of named teams and tweaks to the Battlefield of Eternity and Tomb of the Spider Queen Battlegrounds. Blizzard also confirms that there's a new Battleground coming next week, though they haven't explianed what it is just yet.

The patch notes are longer than the entire works of Shakespeare, so it's probably worth checking through them if you're a hardcore HOTS player.