343 Industries not ruling out PC port of Halo 5 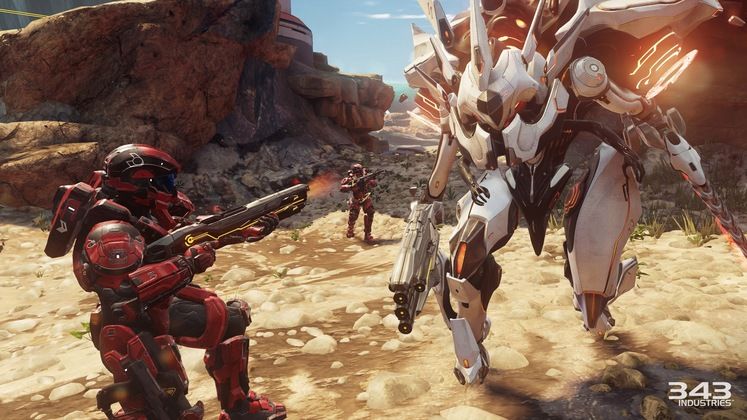 For those gamers who own an Xbox One, Halo 5: Guardians is shaping up to be one monster of a game, with not only an engaging single player campaign, but a dynamic multiplayer mode and a deeper Forge map creator. 343 Industries is hinting around that PC gamers may get a taste as well in the future, thanks to Windows 10.

According to 343 Industries boss Frank O'Conner, “Microsoft has made a huge commitment trying to normalize the Windows experience across multiple platforms, You see elements of Windows 10 are going to appear in Xbox and Cortana and stuff like that.

"There is plenty of chance that Halo 5 could appear on the PC, Nothing to announce at this point,

While Microsoft currently maintains Halo 5: Guardians is Xbox One, period, consider the company's history. Halo 2 was brought to PC to promote their Microsoft Vista OS. Since the Xbox One is sharing more and more of the PC environment thanks to Windows 10, it's certainly not a stretch to think Microsoft would release Halo 5: Guardians for Windows 10 once the OS is no longer free.

In addition, Microsoft's Phil Spencer has already expressed a desire to bring Xbox 360 games to Windows 10, which would fill in the gap between Halo 2 and 5 should the company decide to make a Halo 5: Guardians port.