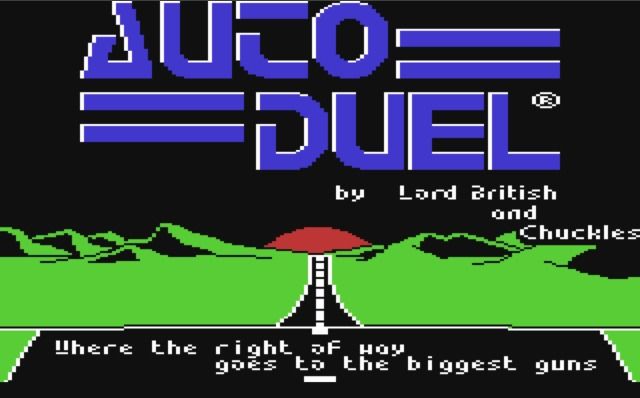 It seems that Brian Fargo and inXile may be exhuming another classic roleplaying game for development. The indie studio has already produced Wasteland 2 and is currently working on Torment: Tides of Numenera (a spiritual successor to Planescape: Torment) and The Bard's Tale, Now, it seems they have their sights set on Autoduel.

RPG Codex spotted a trademark filing by inXile for Autoduel, and it's unlikely it's the aborted David Jaffe indie game that itself was a spiritual successor to Twisted Metal.

Autoduel was a top-down, open world RPG that allowed players to customize their own weaponized cars and either use them in arena combat, deliver packages, or just hunt down scum on the highways and take their stuff. It was developed by Richard Garriott's Origin Systems studio way back in the late 80's for Commodore 64 and Apple II.

The motto? "Where the right of way goes to the biggest guns." Drive offensively, folks.