101 years ago on Christmas, an extraordinary incident happened during the opening years of World War I, later called the Christmas Truce of 1914. The opposing sides of German and British soldiers on the Western Front ceased hostilities on Christmas (on the urges of Pope Benedict XV weeks before.) Now, WWI shooter Verdun will be enjoying its own Truce from now through January 4.

A special Christmas Truce map, "Lorraine", will be added, where players can throw snowballs at each other instead of firing bullets. They can play soccer, write Christmas cards in-game, or sing Christmas carols. Players who write cards to their enemies on the other side of the trench will get an entry for a daily raffle for each card they write. Three winners will be selected each day. 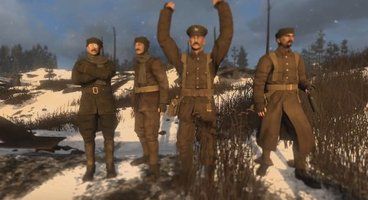 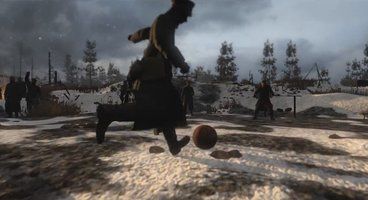 Verdun is also 40% off during this period of time as well, and the Christmas Truce live streamed at www.Twitch.TV/VerdunGame today at 4PM EST /9PM GMT. It will be hosted with BaronVonGamez, Squire, PhlyDaily and the Verdun team.

Verdun was launched back in April, and earned a 9.0/10 score in GameWatcher's review. 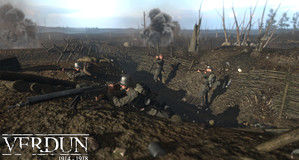