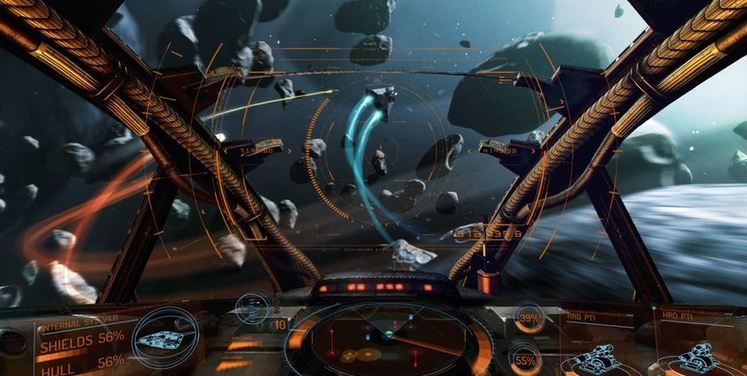 The Race to Elite competition was announced by Frontier back in December 2014 and would award the money to any individual who would be able to achieve Elite status in each of the Elite: Dangerous three main gameplay systems; trading, exploration and combat. For those unfamiliar with the title, the image shown at the top of this article was taken from the official site for Elite: Dangerous itself and budding Triple Elite wannabes can purchase the game over thereright now.

Some three months after the game has been properly on sale, Frontier head honcho David Braben has now announced the results of the competition.

The stats of the chap who won all that lovely moolah, known as Commander Onepercent, played Elite: Dangerous for a staggering 1029 hours from December 18th 2014 to February 24th 2015.

Furthermore, he also visited 10,342 unique star systems, journeying 180,688 light years in the process, thus securing him the exploration discipline. To secure the combat discipline, Commander Onepercent nailed 9032 kills and also traded some 835,410 tonnes of goods to obtain Elite ranking in the trading discipline.

The whole activity took just under 15 hours a day, every day between those aforementioned dates for him to achieve.

Screenshots of his monumental achievement have been posted over at the official forum, where he also provides the methodology of his approach to nailing Triple Elite status.

To commemorate the occasion, Frontier have released a Race to Elite winners announcement video that you can catch below.