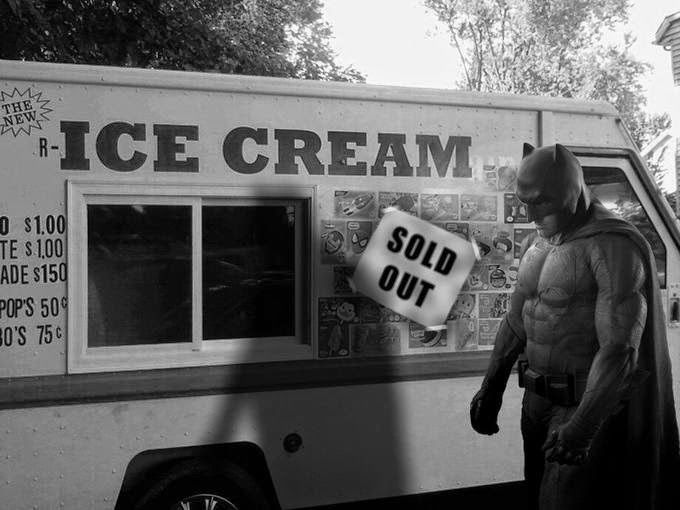 This isn't the final review of Batman: Arkham Knight as we only got PC code yesterday (by paying for it), but we thought you'd like to hear Chris Capel's current thoughts based on his first few hours with the game. We've asked him to keep the swearing to a minimum...

By now you've probably heard the news: the PC version of Batman: Arkham Knight is a mess. Gamers with all sorts of setups right up to the rich sods wielding Nvidia Titan cards are having massive frame-rate drops and lag spikes that render the game near-or-totally unplayable, especially when driving the Batmobile or turning around. My setup is an Intel i5-4670 CPU @ 3.40GHz (4 CPUs), 8Gb RAM, and an NVIDIA GeForce GTX 660 with 4Gb RAM. The Witcher 3 I got a decent framerate with High settings and a few Ultra. With Batman: Arkham Knight it's only barely playable on Low settings with several .ini and Nvidia Control Panel tweaks that probably did nothing.

The frustrating thing is, it's almost exactly the same on High settings. There's been barely any difference, and if Rocksteady's promise to sort things out comes to fruition and the source of the lag spikes can be switched off then I should be able to run the game in High again. Not that anyone would know, since there are barely any in-game graphics options anyway. Shadows Low/Normal/High, AA On/Off, Detailed Textures Near/Far/Wherever You Are, and that's your lot. Here's the only tweak I can give that really works: Skip Intro Movies. There are a lot, all unskippable. Head into the game's directory, then BMGame/Movies and rename StartupMovie.swf and StartupMovieNW.swf. Hooray, dead. 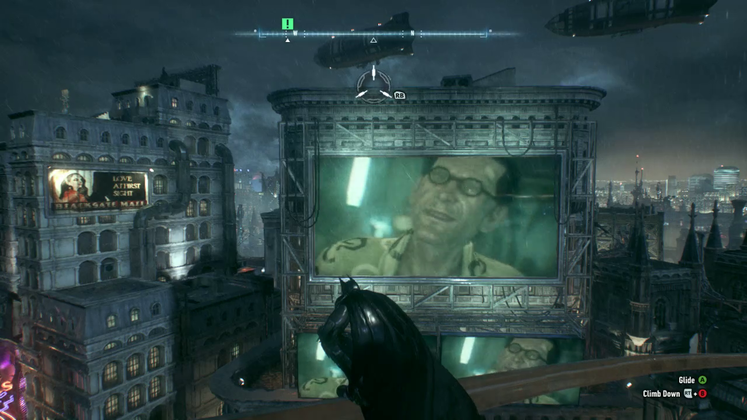 Riddle me this! When is a port not a port? When it's outsourced, apparently.

So, while I wait for Rocksteady to magically produce a PC patch that actually fixes these problems I'm stuck with the Low settings options which leaves it looking only slightly better than Arkham City. It's probably because Warners noticed all these problems that they didn't send us PC code to review, so I ended up buying it myself. Oh, and I bought the Premium Edition with the ridiculously expensive season pass and have discovered that the Harley Quinn preorder DLC doesn't come with it. Way to justify the price hike, Warners.

Which is all very frustrating, not least because beyond all that tech crap Batman: Arkham Knight is an excellent game. I've spent 7 hours on it according to Steam and I'm eager to see it all. There are twists aplenty, one of which I'm DESPERATE to talk about but can't, regarding someone who follows you around and appears Where's Wally/Waldo-like (or in gaming terms, G-Man-like). John Noble's Scarecrow is superb, he's always been my favourite comics villain so to see him go centre stage with a great actor is fantastic, and the Arkham Knight is still being kept secret but if you're a Batman fan you'll immediately realise that there's really only one person it can be. There's lots to do, and while there's a fair amount of filler - the "rescue the firemen" quest is far too long for example - I want to do all of it.

Oh, and the Batmobile's awesome. He's clearly killing people with it though.

We'll have the review as soon as we can. A good score will depend entirely on whether Rocksteady release that patch between now and me finishing it, so the ball's in their court. For now though PC GameWatchers, I suggest steering clear until that happens. We'll keep you apprised. 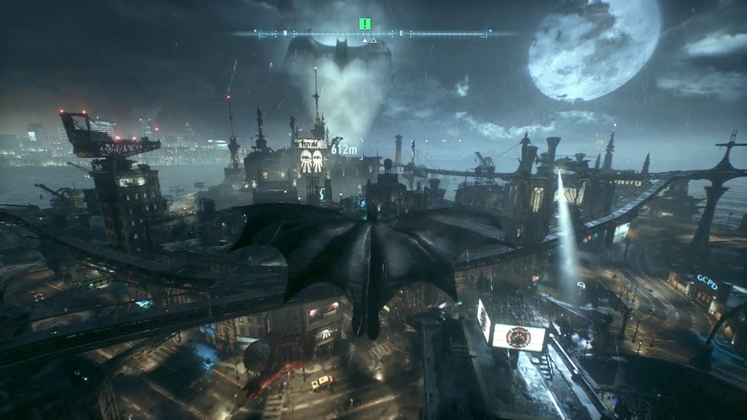