Rise of the Triad

24 July 2015 | By Nick Horth
It seems like publisher Apogee Software is cooking up some more Rise of the Triad, according to a cryptic tweet from the official account of the 2013 remake of the cult 1995 shooter. Whether this is another game from Interceptor Entertainent, who cooked up that enjoyable modern reboot, isn't yet clear.

"Please Stand By... Your Bazookas... SOON," reads the tweet in question, and it links to a short Youtube clip of a skull surrounded by guns, with fast-paced dance music segueing into a mysterious, static-masked conversation. It's like the 90's never went away.

Given the positive reception that the 2013 Rise of the Triad received, as well as the continuing success of Flying Wild Hog's rebooted Shadow Warrior, I'd imagine that this will be a full sequel. It's certainly a great time to be a fan of run-and-gun, over-the-top shooters; Shadow Warrior 2 is already confirmed, and looking pretty damned fine.

We'll keep our eyes peeled for any more Rise of the Triad news.

Related Games:
Rise of the Triad

Rise of the Triad Essentials 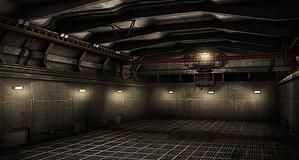