Brian Fargo confirms The Bard's Tale IV, "very personally excited to be working on this"

25 January 2015 | By SimonPriest
No more teases as inXile Entertainment's head ranger Brian Fargo has confirmed his studio is working on The Bard's Tale IV, which they hinted at weeks ago. Now it's "official" with logo artwork.

Will it come to console? Fargo says they're focusing "100% of energies on PC while in development," but it could for those pining over their PlayStation 2 gamer days.

It's official.. And I'm very personally excited to be working on this. More details to follow. pic.twitter.com/OegeiAU28B

The Bard's Tale from inXile was back in 2004 and was a tongue-in-cheek spoof of fantasy RPGs, where our 'hero' bard was more interested in 'coin and cleavage' than saving the world from itself. However The Bard's Tale IV looks to be a proper sequel to the series, and not so much a parody.

As much as I enjoyed our little Bard's Tale comedy romp, Bard's Tale IV is a proper sequel of the trilogy.

This new Bard's Tale will be set in Skara Brae, the location where the very first in the series was set back in 1985. It will feature turn-based combat but everyone will be taking their turns at the same time, with Blizzard's Hearthstone having inspired this decision, reports IGN.

Brian Fargo and inXile will be launching a Kickstarter campaign for The Bard's Tale IV. 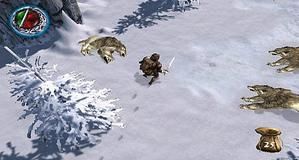