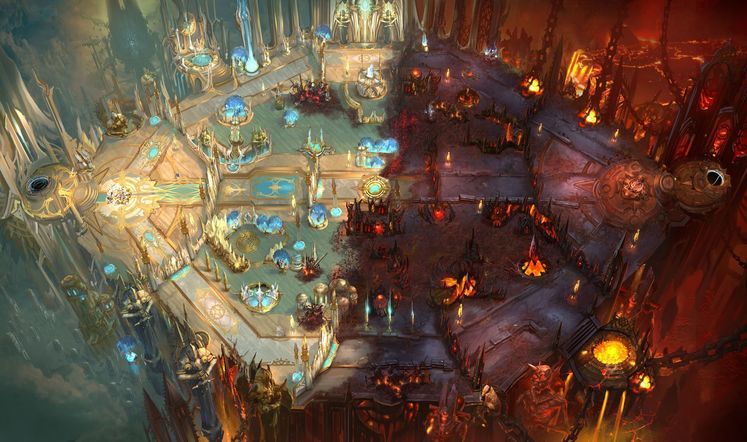 The Diablo-themed map Battlefield of Eternity, recently added to MOBA Heroes of the Storm in a major update, has been taken out of rotation by Blizzard due to the discovery of a game-breaking bug.

"We've discovered an issue with Battlefield of Eternity that can cause games to crash, and have removed this Battleground from the matchmaking pool until we can roll out a fix," the studio explains in a forum post.

"We're investigating the issue now, and hope to have a fix released as soon as possible. For the time being, you can still play on Battlefield of Eternity using Custom Games, but it has been removed from Versus A.I., Quick Match, and Ranked."

Blizzard says they will notify players as soon as a fix is found. More Diablo goodness (hopefully with fewer bugs) is on the way to HOTS soon, with the addition of another themed battleground, Infernal Shrines, sometime next week.