27 February 2015 | By Nick Horth
The Civilization series lends itself well to emergent stories. Does anyone remember the endless Civ 2 war a Reddit poster documented a couple of years back?

This Civ 5 Battle Royale project is something on an even bigger scale though; 42 different AI-controlled civs are battling it on a huge map of Earth, and the Reddit r/Civ community is watching, munching popcorn and watching the world slide into chaos. 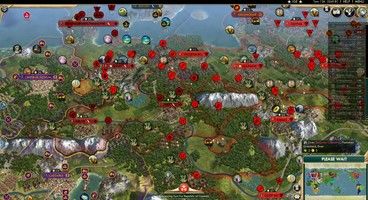 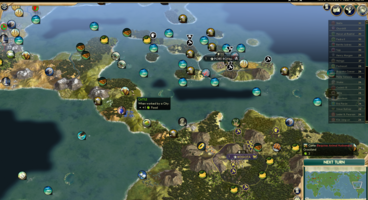 “The concept is simple!” reads the FAQ post. “On a massive world map 42 AI Civilizations duke it out for absolute world domination. All Civilizations were chosen by the denizens of /r/civ! And include both Modded Historical and Vanilla civilizations alike.”

Everyone's placed in their correct geographical location, so for example Eastern Europe's a mess of skirmishes as Germany battles Poland for control, while Russia plots in the background. Some other highlights; Canada's currently swallowing up the USA (revenge for all those jokes at last!), the Buccaneers control a mighty trade empire in the Caribbean, and the Chilean navy has passed 'impresssive' and can now be classed as 'terrifying'.

I love this kind of thing. For all the latest, head over to the event thread. You can view a photo gallery of part one, which sets the scene, right here. Will it end in a horrific, irradiated wasteland? Can't wait to find out!